Jerry’s Last Mission is the powerful story of fighter pilot Jerry Yellin who flew the last combat mission of World War II over Japan and returned home a hero, but led a dark life of survivor’s guilt and daily thoughts of suicide. Married with four sons, Yellin was forced to face his enemy once again when his youngest son moved to Japan and married the daughter of a Kamikaze pilot.

The documentary was directed by Louisa Merino and co-produced by Melissa Hibbard and Oscar winner Ed Cunningham.

The documentary was previewed online November 9-13, 2020 to coincide with Veteran’s Day. Zoom Q&A sessions with the film makers were sponsored by The David Lynch Foundation, which was hosted by David Lynch Foundation CEO Bob Roth, Director of Veterans Programs Vin DeCrescenzo, and  President of Operation Warrior Shield, Ed Schloeman, and by Regnery History, which was hosted by Alex Novak.

Jerry’s Last Mission is now available for viewing on Apple TV and iTunes, as well as on Altavod. 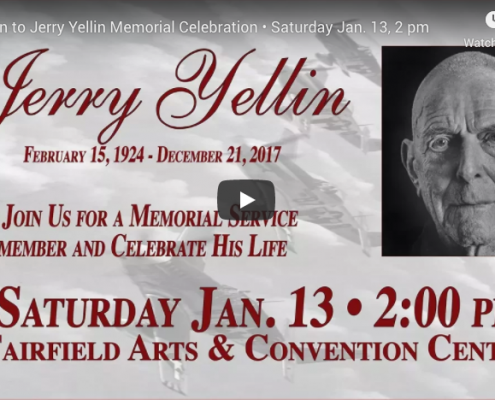 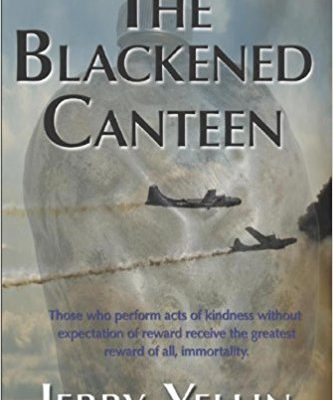 Inspiring a campaign for peace among Japanese and American citizens, and strengthening ties between the two countries. Having campaigned for peace for many years, this beautiful story strikes a deep chord with me. I hope it will become more…
END_OF_DOCUMENT_TOKEN_TO_BE_REPLACED
https://captainjerryyellin.com/wp-content/uploads/5130z67P6PL._SX331_BO1204203200_.jpg 499 333 Yellin https://captainjerryyellin.com/wp-content/uploads/Captain_Jerry_Yellin_Official_Website_Logo_Reg.png Yellin2018-01-15 15:59:472018-01-15 15:59:47The Blackened Canteen 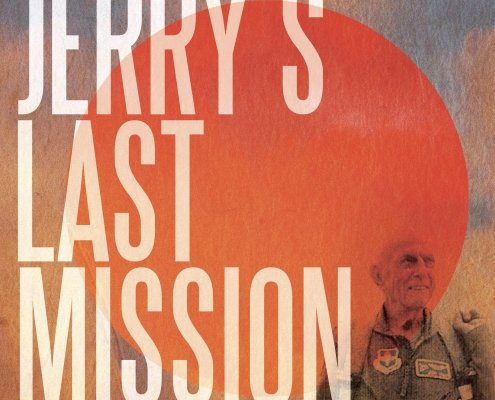 Jerry’s Last Mission (formerly titled, Of War and Weddings) is a moving and compelling true story of bitter wartime enemies who find peace through their children’s marriage. A shared destiny weaves its way into the lives of…
END_OF_DOCUMENT_TOKEN_TO_BE_REPLACED
https://captainjerryyellin.com/wp-content/uploads/JLM_eBook_Cover-3.jpg 2560 1600 Yellin https://captainjerryyellin.com/wp-content/uploads/Captain_Jerry_Yellin_Official_Website_Logo_Reg.png Yellin2018-01-15 15:59:082022-01-05 02:00:00JERRY’S LAST MISSION 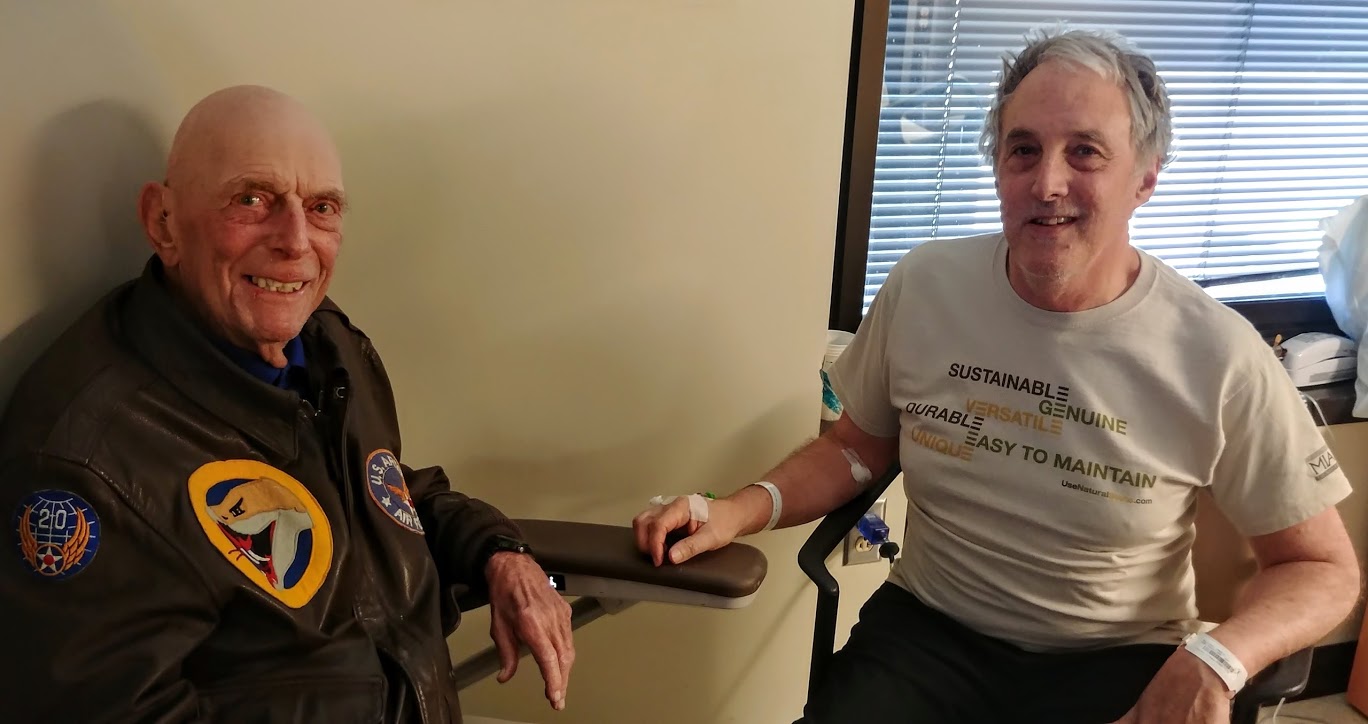 Jerry has left us and are of course brokenhearted.
We will miss him.
We will miss his purity of purpose and his consuming commitment to tell his story and speak for those who cannot.
We will miss his ready wit and courageous willingness to share his experiences of war and life.
His message of reconciliation, forgiveness and unity of humanity will endure.
Jerry’s legacy is unique and to be treasured.
Watch this site for news of memorial services, the progress on the documentary film of his life
“Jerry’s Last Mission”, and further coverage of Jerry and his mission.

I am pleased to announce that the documentary about Captain Jerry Yellin, Jerry's Last Mission, has been accepted to the 2023 GI Film Festival in San Diego. The festival is from May 15-20 at the Museum of Photographic Arts. This multi-day event is dedicated to presenting films and events for, by, and about the military and veterans. Stay tuned for more information. ... See MoreSee Less

On December 6, 1941, Jerry Yellin was 17 and had no idea where Pearl Harbor was. The next day changed his life forever, when he made up his mind to enlist in the Army on his 18th birthday to fight the Japanese. And that's what he did on February 15, 1942. In his later years he returned to Pearl Harbor many times to talk about his amazing story of war time bravery flying his P-51 in combat on Iwo Jima and in the skies over Japan, and remarkably, his reconciliation with the people and country who attacked the USA on December 7, 1941. In this video from December 6, 2016, he's at Pearl Harbor to participate in the Blackened Canteen Youth Symposium. Not many people know about the history of the Blackened Canteen. It's a moving true story that occurred in Japan during WW2 of bravery by the Japanese and Americans. Jerry helped keep the memory of that story alive and he wrote a historical fictional account of the event (and it's a great read available on Amazon). If he were still alive, I know he would want to be back at Pearl Harbor today, pouring bourbon from the Blackened Canteen and wishing for peace among the nations and people of the world. ... See MoreSee Less

www.pacificaviationmuseum.orgFollowed by the Blackened Canteen Ceremony on December 6, 2016 aboard the USS Arizona Memorial, a youth symposium was he...
View on Facebook
· Share

Before Jerry Yellin died in 2017 he co-founded an organization with a Vietnam veteran, Ed Schloeman. Operation Warrior Shield's (OWS) mission is to help veterans and first responders cope with PTSD. Originally focused on Transcendental Meditation, the organization has branched out to include other support programs. To help raise funds for the organization, OWS is auctioning a painting of Jerry taken from a photograph of him on Iwo Jima. The original photograph, in front of his P-51, the Dorrie R, showed him discussing fighter tactics with Danny Mathis, another P-51 pilot in the 78th Fighter Squadron on the island. Mathis was later killed in the Dorrie R. Jerry was grounded on a mission due to an impacted molar. Mathis flew the mission instead, in the Dorrie R, and never returned. However, the artist, Taty Alexa Horoshko, took the liberty to instead depict Phil Schlamberg, a 19 year old Jewish kid from Brooklyn. Schalmberg and Jerry flew the last mission of WW2, attacking Tokyo on August 14, 1945, not knowing that Japan had surrendered a few hours beforehand. On the return flight, Schlamberg's P-51 went into a dense cloud and never came out of it, presumably shot down. He was likely the last US soldier killed in WW2. After the war, Jerry visited the Brooklyn home of Schlamberg's family, where Phil's grief stricken mother told Jerry it should have been he who died and not her son. It was a wound he carried with him for the rest of his life. Please send me a message if you are interested in the painting or know someone who might be. Thank you. ... See MoreSee Less
View on Facebook
· Share

George Nolly is a former US Air Force and United Airline pilot turned podcaster who recently interviewed Louisa Merino about making the documentary Jerry's Last Mission. It's a touching and heartwarming interview about how she met Jerry Yellin and the 3 years she spent filming him in the USA and Japan, and the labor of love she devoted for almost 2 more years editing and bringing the film to light. Please have a listen and help spread the word about the documentary. ... See MoreSee Less

We spoke with Jerry Yellin in RFT Episode 052. “Jerry’s Last Mission” From Deadline: Directed by Louisa Merino (Managing to Win: The Story of Strat-O-Matic Baseball) and...
View on Facebook
· Share

On this date in 1945, the 78th fighter squadron flew their P-51s on their first Very Long Range mission from Iwo Jima to Japan, meeting up with and protecting B-29s from Japanese fighter planes and strafing targets below. Flying over 700 miles each way without radar across the Pacific Ocean, the VLR missions were extremely dangerous, with more planes lost due to bad weather than to enemy fire. Returning from the mission after 8 hours in flight, the exhausted pilots had to be lifted out of the cockpit by the ground crew. Captain Jerry Yellin poses in this picture with his squadron on that morning in 1945, which includes the father of actor Troy Evans.Jerry's Last Mission documentary is available on Apple TV/iTunes and book is available on Amazon. Please help spread the word. ... See MoreSee Less
View on Facebook
· Share