After his inspiring speech, Captain Yellin took some time with Commander Ken Dalecki, and his Chief of Staff Tracy McCormick, to play some tunes on the infamous piano in the club’s canteen. 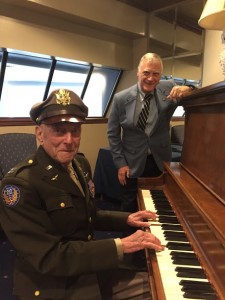 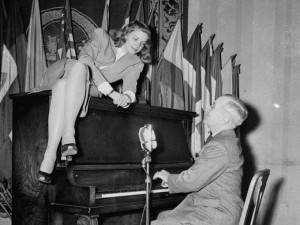 This piano was played by Vice President Harry S. Truman on February 10, 1945, while actress Lauren Bacall perched on top, humming to the music.