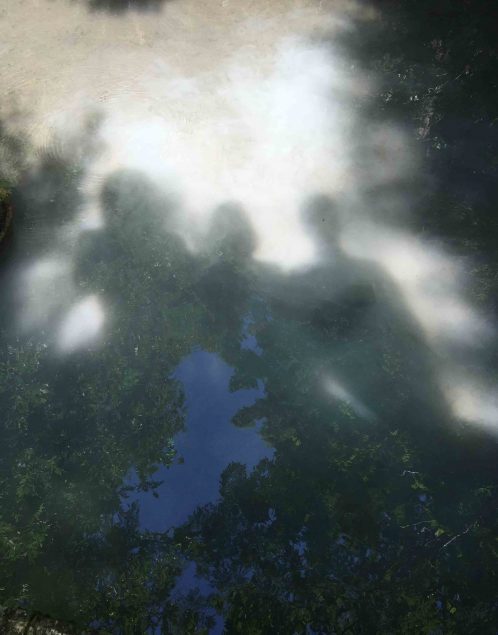 August 5, 1945, Iwo Jima. The mission statement told us we would be flying to Japan early the next morning strafing  air fields near Tokyo. I never liked hearing about a mission the day before it was scheduled. It disturbed my sleep wondering about my ability to perform and what it would be like, again.

The next morning was like every other morning on Iwo. The next afternoon, however, changed the World. Forever!
The mission itself was uneventful. We flew over our targets, strafed them until our ammunition ran out and returned to Hot Rocks, our base on the first airfield at the foot of Mt. Surubachi on Iwo Jima. I taxied to the squadron area, pulled the red mixture control handle back and
advanced the throttle to shut the engine down. The propeller was still spinning when Phil Maher jumped onto the wing and shouted, “We dropped one bomb and wiped out a city, Hiroshima!”
“What are you talking about, Phil? What are you smoking?” I shouted back. But it was true. We knew the war was over. But not yet. Nagasaki was the next Atom bomb target on August 9 and the last combat mission was flown on August 14, 1945. I flew that mission too.
August 5, 2015, Kyoto, Japan. The BBC TV crew arrived at Roberts house at 9:30 and began filming at 9:45. I had spoken to Rupert and Jiro on Iwo Jima in March and agreed to meet them when I visited Japan again. We stopped at noon, went to lunch and returned to Roberts home to prepare for my 2:30 appearance at the ancient Japanese Temple near bye. 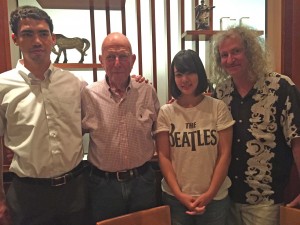 Robert had come to Fairfield, Iowa for a Memorial service for his Mom in July and agreed to take some of her ashes back to Japan for internment. He chose a local Temple that was started in 1355 and remains active today. We were ushered into a quiet waiting room. Sara, Robert, Louisa and Riley, documentary makers, Rupert and Jiro from BBC and I waited to be called to another room for a ceremony. Kentaro arrived from Tokyo. All of us went into the Temple and sat looking at the box containing Helene’s ashes and a flower filled Bizen vase she loved. It was still, the silence complete, when a Monk appeared and began chanting. 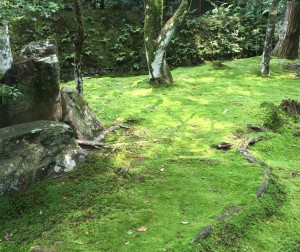 When he had completed his service he picked up the box Duncan MacMaster had fashioned for me and we followed him to the bridge over the still lake Robert had chosen to place his mother’s remains. Kentaro opened the plastic bag and handed it to me. As I started to let the ashes fall a large, fat, long snake began to swim in the water behind me. I turned and watched it swim to the shore and reappear in front of me. The water turned white as the ashes spread below me. It was a shocking sight for all of us. We stood in silence for quite some time. It was a final moment of closure for me. 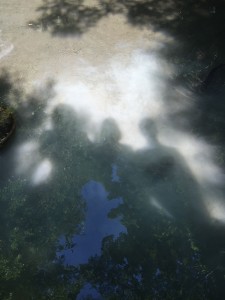 I am on my way home now, alone but grateful for a life so full and so rewarding. 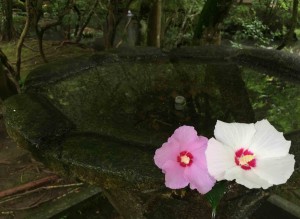 US wartime pilot: How I grew to love Japan
Scroll to top