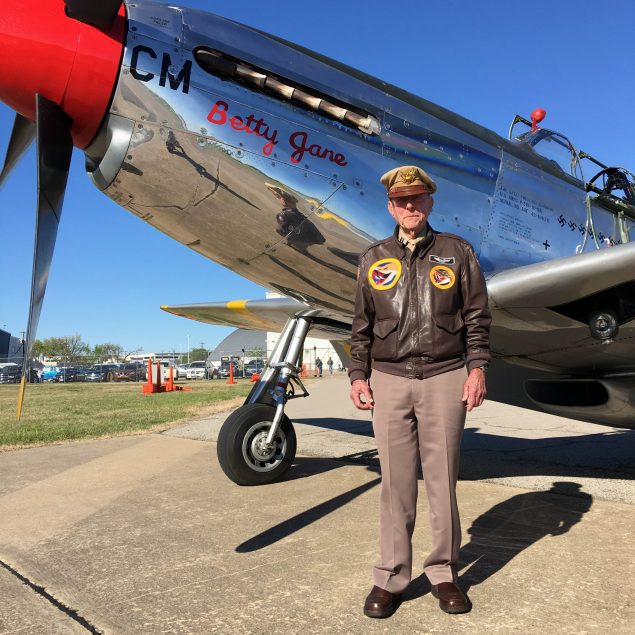 DALLAS (CBSDFW.COM) — Military history was on the tarmac at Dallas Love Field over the weekend: a vintage aircraft that has seen its share of battles.

The Frontiers of Flight Museum featured Wings of Freedom, a display in the midst of a national 110-city tour, and the bombers and fighter aircraft that came with it.

Standing among the history was a man who remembers it well. Capt. Jerry Yellin, 92, was a fighter pilot in World War II.

On a sunny Easter afternoon, he was reacquainted with the type of plane he flew during the war, the P-51 Mustang.

Click the link below to read the full story: